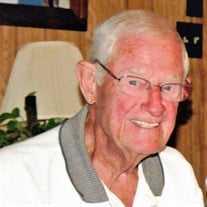 Harry Dean “Slick” Torrence passed away peacefully with Patsy and Tracy at his side, Sunday evening, November 8, 2020, at Southern Tennessee Regional Hospital Pulaski. He was born in Pulaski on February 28, 1935 and was 85 years old. He was a loving husband, father, grandfather, father-in-law and a dedicated friend. He was known as “Papa Slick” to his grandchildren who he loved dearly. He was a veteran of the United States Army and National Guard. He worked at Pulaski Motor Company as manager of the parts department for many years before going to Fafnir-Timken and retiring after 30 years. He was a faithful member of the Blue Bird Coffee Club until they closed, then moved to the Day Light Donut Shop where they solved many of the world’s problems. Slick was an avid fan of the Tennessee Vols Football and Lady Vols basketball. He coached Pop Warren Football in Pulaski for many, many years and supported the Giles County High School football and basketball programs, and attended most of the games. He was a member of the “Good Ole Boys” club of former players of GCHS. He played on the “over the hill” Sundrop Softball team for many years. Visitation will be from 11:00am until 1:00pm on Thursday, November 12th at Bennett-May & Pierce Funeral Home. Graveside service takes place at 1:30pm Thursday, November 12th in Maplewood Cemetery with Bro. Mark Johnson officiating. The burial will follow in Maplewood Cemetery with full military honors. Memorial donations are suggested to the charity of your choice, He was preceded in death by his parents, Harry and Grace Smith Torrence, sisters, Shirley Brewer and Catherine King and a brother, Marvin Moore. He is survived by, His wife of 55 years Patsy Hamlett Torrence of Pulaski Son, Tracy ( Kelly )Torrence of Pulaski Grandchildren, Kacey Torrence and Taylor Torrence of Pulaski Very special niece, Linda (Ron) Sandridge of Georgia Several nieces, nephews, cousins and friends also survive. Bennett-May & Pierce Funeral Home and Crematory is in charge of arrangements for Harry Dean “Slick” Torrence.

Harry Dean &#8220;Slick&#8221; Torrence passed away peacefully with Patsy and Tracy at his side, Sunday evening, November 8, 2020, at Southern Tennessee Regional Hospital Pulaski. He was born in Pulaski on February 28, 1935 and was 85 years... View Obituary & Service Information

The family of Harry Dean "Slick" Torrence created this Life Tributes page to make it easy to share your memories.