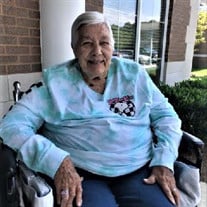 On Saturday, January 2, 2021, Phillipa J. Lavacot, loving wife and mother of three children, passed away at age 91. Phil was born on March 5, 1929 in Rogers , AR to Joseph and Patricia Hengstebeck. She grew up in Campbell, CA, and received her teaching degree from San Jose State University. On April 27th, 1957 she married Francis J. Lavacot. They raised one daughter, Laura, and two sons, Matthew and Daniel in San Jose, CA. There she taught elementary school for many years. After moving to their farm in Goodspring, TN, Phil became active in the Stella Club. Her love of animals led her to co-found the Giles County Humane Association. She worked tirelessly to adopt out pets to loving homes and cared for countless abused and neglected dogs and cats. Phil’s love of animals did not stop with small pets. She loved caring and feeding the cows and horses on the farm. In her youth, Phil was an avid horseman and enjoyed riding. Her love of nature and flowers was endless and she was always ready to share her extensive knowledge with neighbors, friends and family. She and Frank left the farm in 1999 and moved to Nashville, TN where she became very active in genealogy. Phil will be remembered for her devotion to family and friends, her kindness to animals and her love of ice cream and cookies. A graveside service with immediate family only will take place on Monday, January 4, 2021 at 2:00pm at Oak Grove Cemetery. In lieu of flowers, memorial donations should be made to the Giles County Humane Association c/o PO BOX 237 Pulaski, TN 38478. She was preceded in death by her husband Frank Lavacot along with her parents Joseph and Patricia Walters Hengstebeck. She is survived by; Daughter, Laura (Michael) Kellogg of Nashville, TN. Son, Matt (Rhonda) Lavacot of Missouri. Son, Dan (Tabitha) Lavacot of Goodspring, TN. Grandchildren, Joseph Lavacot, Miriam Lavacot, and Calum Lavacot. Sister, Midge Swickard of California. Bennett-May & Pierce Funeral Home is in charge of arrangements for Phillipa Judith Lavacot.

On Saturday, January 2, 2021, Phillipa J. Lavacot, loving wife and mother of three children, passed away at age 91. Phil was born on March 5, 1929 in Rogers , AR to Joseph and Patricia Hengstebeck. She grew up in Campbell, CA, and received... View Obituary & Service Information

The family of Phillipa J. Lavacot created this Life Tributes page to make it easy to share your memories.