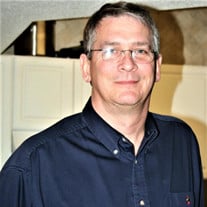 On Friday, February 11th, 2022, William Michael (Mike) Terry-Cochran, a loving husband, father, and brother, passed into the arms of his loving Lord and Savior, Jesus Christ. He was born in Lafayette, Indiana on October 19, 1953. He moved to Maryville, Tennessee from Rockdale, Texas in 1961 and graduated from Maryville High School in 1972 where he played football and wrestled. He also swam competitively at Green Meadow Country Club. He attended the University of Tennessee in Knoxville where he graduated in Psychology, Summa Cum Laude, in 1976. Mike was always very active in the Episcopal church and cherished his faith and relationship with God. His favorite part of the day was waking up early, before the sun or anyone else was awake, and enjoying private bible study with his coffee. He became a member of St. Andrew’s Episcopal Church in Maryville, TN at an early age and brought his children up in the church. He later became a very active member of the Episcopal Church of the Ascension in Knoxville, TN. At Ascension, Mike served as a Eucharistic minister, a Stephen minister, and an usher. He was involved in programs such as Driving Miss Daisy, the Brotherhood of St. Andrew, and Cursillo retreats. Mike loved being a father to his two children, Justin and Shannon. He taught them how to ride bikes, eat his favorite crab legs, and play tennis. He shared his passion for cooking with them, always making hearty meals from scratch and even teaching them how to make homemade noodles. They enjoyed swimming, golfing, and as they grew older, long, heartfelt father-daughter and father-son talks. Mike later became “Poppy” to his two grandchildren and enjoyed the precious time he was able to spend with them. Mike enjoyed working early in his life in the restaurant business where he employed his love for cooking and made the best biscuits and gravy in East TN. He later became a financial planner and truly cared for his clients. Outside of work, church, and family, Mike most enjoyed the company of his animals and coaching swimming. He was a coach at the YMCA and was passionate about helping many kids learn and become competitive in swimming. Mike’s biggest passion in recent years was his wife, Mitzi, whom he adored and loved dearly. He found her later in life, and they spent the last fifteen years together caring for family, animals, and each other. No matter where they lived, she was his home. Mike was preceded in death by his son, Justin Michael Cochran of Knoxville, TN (2014), his stepdaughter Lauren Smith (2019), his parents Shirley Joan Cochran (2001) and William Myron Cochran (1996) both of Maryville, TN. He is survived by his loving wife, Mitzi Terry -Cochran of Pulaski, TN, and stepson Dustin Smith, daughter Shannon Lea Cochran Shoemaker (Pete) of Decatur, GA and grandchildren Sage and Justin, his brother Dan Cochran (Kathy) of Nashville, TN, sisters Libby Nellis (Russell) of Maryville , TN, and Marty Pendergrass (Mark) of Dayton, Ohio, his aunt and uncle, Mr. and Mrs. Gerald Kolter of Lafayette, Indiana, and many nephews, nieces, and cousins. A memorial service for Mike will be held at the Episcopal Church of the Ascension in Knoxville, TN on Saturday, April 2, 2022, at 10:00 am. It will be followed by a brunch and celebration of life in the Parish Hall at the church. In lieu of flowers, the family asks that donations be made to the American Society for the Prevention of Cruelty to Animals (ASPCA) at www.aspca.org. Bennett-May & Pierce Funeral Home and Crematory is in charge of arrangements for William Michael (Mike) Terry-Cochran

On Friday, February 11th, 2022, William Michael (Mike) Terry-Cochran, a loving husband, father, and brother, passed into the arms of his loving Lord and Savior, Jesus Christ. He was born in Lafayette, Indiana on October 19, 1953. He moved... View Obituary & Service Information

The family of William Michael (Mike) Terry-Cochran created this Life Tributes page to make it easy to share your memories.